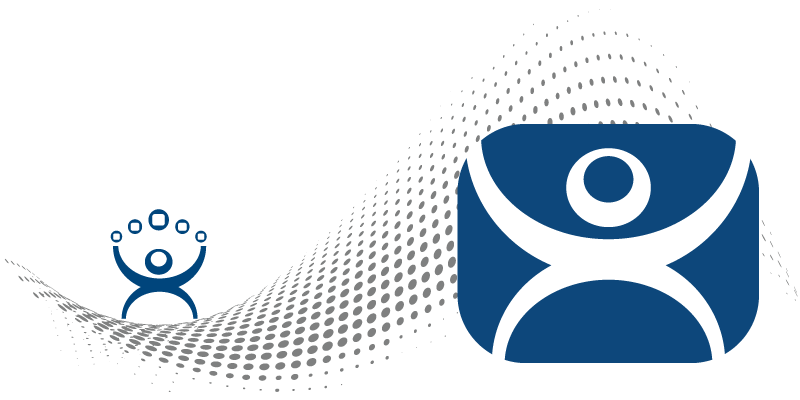 ESE has been at the forefront of designing and commissioning innovative plant automation systems for food and beverage applications since 1981. 30 years and going strong. In fact, growing strong. We just recently opened a second location to better serve our growing base of customers.

As engineering solutions experts, our team of process design and automation engineers is known for its ability to tightly integrate leading-edge analytical instruments with best-in-class control systems and sophisticated software. Our focus is on providing the process automation technologies that will best help you achieve your objectives for improved plant utilization, increased yields, better product quality, and faster delivery.

ESE is not just an integrator. ESE is recognized globally as a Rockwell Automation Solution Partner. This elite group of Solution Partners is distinguished for delivering world class manufacturing solutions while maintaining superior knowledge, resources and skills devoted entirely to control systems engineering. ESE is also certified member of the Control System Integrators Association and follows the strictest standards of USDA, FDA, GMP, ASME, and 3A.

As an ESOP (Employee Stock Ownership Plan) company, ESE provides grass roots dedication to customer service because each employee is an owner. Employees take pride in knowing the ESE brand is a reflection of our personal commitment and dedication to each valued customer.

For nearly thirty years, ESE, Inc, the Engineering Solutions Experts, has seen continuous growth in plant automation engineering. Headquartered in Marshfield, Wisconsin, ESE specializes in Rockwell solutions for global food and beverage manufacturers. Yet, after years of providing support and upgrades, it became apparent that there was a missing piece to the puzzle. That piece turned out to be ThinManager.

Contacted by a major cheese processing plant in California, ESE was brought in to upgrade their existing processes with a combination of modern hardware and a Rockwell Automation FactoryTalk View SE distributed SCADA system. They replaced the older PanelView terminals as well as a legacy RSView32 SCADA system that were on the factory floor with Allen-Bradley 200R VersaView Industrial PCs to give them more computing power and greater flexibility.

"FactoryTalk View SE was designed for this type of large scale integration," stated John Tertin, Director of Manufacturing Information Systems at ESE. "Rockwell Automation offers the FactoryTalk View SE Client which can be installed locally on a terminal, but in larger configurations, the recommended architecture is to use a Terminal Server that has the SE Client on it while terminals on the plant floor connect to the Terminal Server using Remote Desktop Services. There really is a minimal amount of configuration because that's what the product is designed to do."

After fully upgrading the hardware and software, a new set of needs and challenges became apparent to both the client, as well as ESE. Using the Allen-Bradley 200R VersaView Industrial PCs on the floor left the customer vulnerable to viruses and malware via the USB ports on the PCs. In addition, maintenance was a headache as the control system is isolated from the internet and corporate networks which meant there was no way to upgrade or apply security patches to the Windows XP-based PCs. This made them more vulnerable and less efficient over time…which is how ThinManager was introduced as a solution.

By using ThinManager, they converted the VersaView 200Rs from PCs to thin clients via the PXE Boot function (ThinManager XLi). PXE Boot allowed the PCs to load the ThinManager firmware directly from LAN, instead of using the Windows OS located on the PC hard drive. This let them immediately switch from PC based computing with high maintenance to thin client based computing with savings due to centralized management.

With most new software installs, there is usually a learning curve on the part of the integrator as they become accustomed to the best way to install and deploy new software. But, as John Tertin soon discovered, that was not an issue with ThinManager. "It was fairly straight forward. I'd say we got the original configuration set up within a couple of days. And that included getting the clients set up with mirrored ThinServers, getting the AppLink configured, and optimizing the settings relating to periodic monitoring for load balancing. The biggest hurdle was cross referencing verbiage and terminology, which required referring to the documentation and drawing a correlation between familiar functions."

When asked for an example, John stated, "We use the ThinManager AppLink, which by name is unfamiliar, but once you understand that using AppLink is the same as opening up RDS and clicking on the programs tab, it is pretty straight forward as long as you have familiarity with the software."

After breezing through the ThinManager install, John and the other integrators at ESE immediately began to see the benefits of ThinManager. "What's nice about ThinManager is that I can create my display client to look at one or a number of Terminal Servers where the configuration file already exists. At that point, it only takes 30 seconds to create another client because I only have to do the configuration on the Terminal Server once. Then, using AppLink as soon as I use the display server, it immediately launches because everything is going through that common Terminal Server which is only configured once." Highlighting another significant benefit to using the ThinManager platform, Tertin continued, "We used to have a 2-page written procedure for adding a SCADA terminal to the network including instructions on naming the computer, joining it to the control system domain, configuring automatic login, etc. Using ThinManager, this is no longer necessary."

"Installing ThinManager allowed the customer to save significantly on their administrative costs because we no longer had to go to the facility and manually disinfect SCADA terminals. After that happens a couple of times, the ROI for a ThinManager solution is pretty apparent. Now they are no longer susceptible to those viruses, nor are they required to continue installing Windows updates on the individual machines with no connectivity. They still have to keep the Terminal Server updated, but that is only one machine as opposed to dozens scattered across the plant floor," said John Tertin.

So what does the future hold for ESE's large food manufacturing customer and ThinManager? "This is going to be the new standard," said John. "They have already standardized on the FactoryTalk View SE distributed platform, and ThinManager is part of that standard. Going forward, ThinManager will be employed wherever the SE system goes."

ESE Inc., the Engineering Solutions Experts, recently became a ThinManager Platinum Integrator after a number of successful, large scale deployments.  When we initially contacted ESE, their Director of Manufacturing Information Systems John Tertin stated, “This is going to be the new standard, and ThinManager is part of that standard.  Going forward, ThinManager will be employed wherever the SE system goes.”  Apparently, John wasn’t kidding because when we checked in with him again, he had another successful integration story to share with us.

After deploying and managing a Rockwell FactoryTalk View SE system at a food processing facility in central Wisconsin, the Mariani Packing Company of Vacaville, California purchased that facility.  John told us, “This was originally a major producer for Mariani that we had done work for previously and Mariani ended up buying the facility, which is how our relationship with Mariani started.”

“Mariani is a large dried fruit producer that makes just about every variety of dried fruit you can think of.  The facility at their Wisconsin Rapids, Wisconsin plant has embraced Rockwell Automation’s PlantPAX architecture and uses Logix controllers with the FactoryTalk View SE distributed SCADA package.  Since Mariani has expanded the production area at their Wisconsin facility, it became an ideal application for the ThinManager Platform,” said John.  When asked if Mariani is seeing value in such a small system, John replied, “They have already seen the benefits even though they originally started with only three thin clients and still had two existing thick clients on the plant floor.  When we proposed this solution to them, I explained that switching out the thick clients when they failed, or to proactively save money on maintenance costs would be extremely simple to do. They found a lot of value in that.  They decided to replace them with thin clients, which took less than an hour to do.”

More often than not, stories about successful deployments of hardware or software revolve around an organization trying to deploy and manage large numbers of clients and terminals since the per unit Return on Investment (ROI) is multiplied for each seat.  So how does a five client solution save money?  “Aside from immediate benefits within a manufacturing plant, ESE can also reduce headaches and minimize downtime for customers from within its own building. The ThinManager Platform enables ESE’s engineers to remotely access any of the terminals on the plant floor and shadow their systems to see real time plant data, help determine where problems may be occurring, and show an operator first-hand how to overcome the problem.  Mariani is a good example, from a small facility perspective, of how you can still find value in the product despite only deploying five clients.  We were easily able to move their thick clients onto the network using PXE Boot, and it is easy for them to expand beyond that,” said John.

According to Jesse Urban, the Director of Operations at Mariani Packing Company, ThinManager has proven itself to be the right solution despite the limited scope of the project.  “Using ThinManager has reduced IT maintenance costs, eliminated the hassle of rolling out patches, and ended the practice of maintaining separate configurations on several plant floor HMIs.  Installing additional clients is very easy to do.  We’ve already replaced some of our thick clients with ThinManager ready thin clients and it only takes about 10 minutes to add or replace a terminal in our production area,” states Urban.

With such a wide range of facilities adopting the ThinManager Platform as their network management solution regardless of the size of the deployment, it is only a matter of time before ThinManager becomes the industry standard.